Redacting photos on the go: An in-field guide

Photos and how we share them can present risks to the people and sensitive information we capture in them. In this guide, we discuss how to safely redact photos on the go.

By and large, the most-used cameras in people’s hands are the ones built into their smartphone. Smartphones present their own privacy and security risks, which we have some guidelines on how to address, but they also provide some tools to quickly adjust and redact sensitive photos, such as images of sources or others who would be at risk by having their photo shared.

Redaction: What works and what doesn’t

There is no shortage of app filters that try to detect a person or a face in a photo, then cover it. Sometimes, these exist as filters on photo sharing apps, with varying degrees of effectiveness. Unfortunately there is often little visibility into what happens with the original photo once it’s opened in a platform’s app and if it is sent alongside the edited version to the platform owner.

In the case of Instagram filters, that platform owner is Meta, also known as Facebook, which has a dedicated portal to serve requests for user data from law enforcement, including things you may have set to appear only to close friends or friends. Other platforms are not alone in this — TikTok and Snapchat also have processes in place for handing over your photos, videos or more to the police. Because of this, unwittingly sharing the original, unredacted photos with those platforms introduces the risk of those photos falling into the hands of law enforcement. However, your smartphone likely allows you to redact photos before sharing them.

Fortunately, both iOS (Apple) and newer Android phones have built-in apps for you to edit photos before sharing them.

On iPhones, that’s the “Photos” app, which allows you to mark up a photo before sharing it, like adding shapes, text and more.

On Android it varies, but on devices with Android 10 or newer, there’s an app that’s also simply called “Photos” which lets you similarly edit a photo before sharing it. Android's built-in Photos app doesn't feature the ability to add shapes to an image, but it does have a marker tool that can cover up an area with a little more effort.

Android users: Open the photo you want to edit in the built-in Photos app, then choose Edit > Markup > Pen 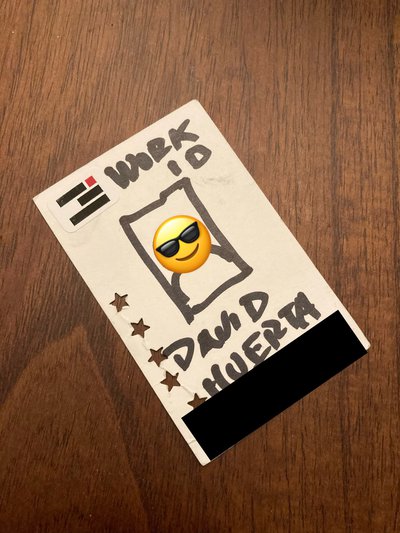 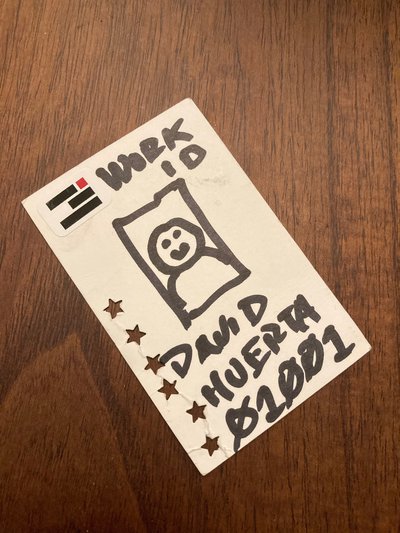 There are numerous methods available to blur the original, but some of these algorithms may be vulnerable to some de-obfuscation methods. Some blurring methods are more resilient against de-obfuscation methods, like Signal’s blur feature, but other apps may not necessarily be as good, so when in doubt, it’s better to completely block a number, face, identifiable tattoo or whatever you’re trying to cover with something completely opaque. In the case of iOS’s built-in editing tools, a fully opaque shape is more effective than the marker tools, which are not fully opaque. Consider redacting images by adding plain old-fashioned black rectangles or spice things up 🌶🔥 by overlaying your favorite emojis with your photo app’s text tool. If you’re on Android using the Photos app, the pen tool is more opaque than the highlighter tool, but we recommend running the marker over at least twice to maximize its opacity.

After saving the edited version, don’t share it yet. Take a screenshot of it to make a copy without the metadata — that is, data about data.

Wait, what about metadata?

Even with parts of the photo successfully redacted, digital photos contain metadata, which we’ve previously written about in-depth. How much and what kind of metadata depends on your phone, the app you use and the settings you have to change to include or not include that metadata. Because every phone, every app, and every combination of settings will yield different types of metadata, the best thing to do is never share the original photo. Instead, if you’re on the go, you can use your phone’s built-in screenshot feature to make a copy of the photo as displayed on your screen without the original’s metadata. Instructions for taking a screenshot are available for all iPhones and most Android phones.

Note: Some Android phones may add new metadata in screenshots, (though it won’t be the same as metadata in the original photo)! If this is the case with your phone, or if you just want to take an extra precautionary step, you can use Signal to send the screenshot copy to “Note to Self," which will send you back a copy of the photo with the metadata removed that you can then save to your phone.

After creating a screenshot of the redacted image, you can then crop out the phone’s clock, cell signal strength indicator and app buttons — which are in themselves a kind of metadata that you don’t need to include, then finally share your photo safely with the world.

Your support is more important than ever.
Donate now