Offsetting the carbon costs from the Snowden NFT charity auction

Freedom of the Press Foundation has dedicated a portion of the proceeds from the auction of “Stay Free,” Edward Snowden’s record-breaking NFT artwork, to purchasing carbon offsets to address the emissions associated with the sale. We requested an estimate of the NFT’s output from the decarbonization platform Aerial, and opted for the very top of the estimated range. Our purchase will offset 20 metric tons of CO2. 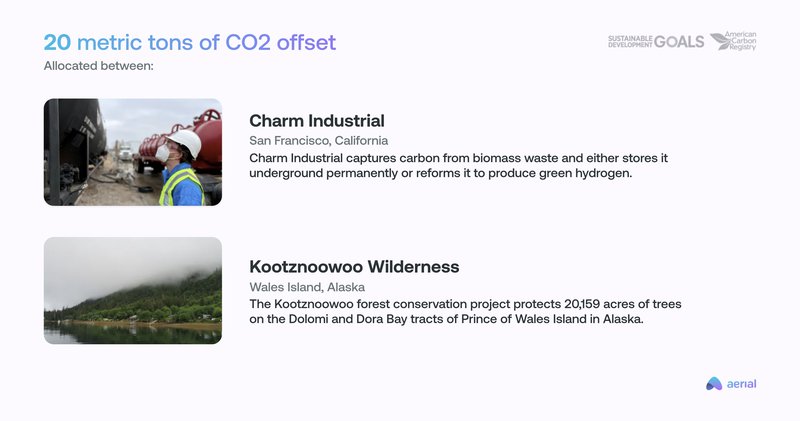 Taking a step back: environmental concerns about NFTs generally stem from the fact that many are minted on blockchains that depend on proof-of-work as a consensus mechanism. (“Stay Free,” in particular, was minted on the proof-of-work Ethereum blockchain.) Proof-of-work systems broadly reward computational capacity, and as a result have seen the rise of dedicated mining rigs — essentially hyper-specialized computing machines — that consume lots of energy. That issue runs much deeper than NFTs, which represent a small portion of mining activity.

Carbon credits are a partial solution, and it’s important to note that addressing the broader problem will require reducing the overall energy consumption, not just offsetting it. For cryptocurrency systems, that may mean moving away from proof-of-work; the group behind the Ethereum blockchain has planned such a move for years. Some NFT platforms already use blockchains that are not based on proof-of-work.

These carbon offsets fulfill a promise Snowden made when announcing the charity auction, but it also represents an alignment of interests that bears mentioning. Namely, there are lots of places in which the causes of environmental justice and press freedom intersect.

The large firms that produce the vast majority of the world’s emissions are willing to throw lots of resources at suppressing reporting, and so whistleblower protections and source safety measures are critical in that field. In a number of states, for example, agricultural polluters have been able to pass unconstitutional “ag-gag” laws banning certain kinds of reporting and documentation.

As we’ve said in the weeks since the sale of “Stay Free,” we are grateful for the opportunities and responsibilities that come with such a notable donation, and we are committed to transparency around it. Today’s announcement of carbon offsets represents the first of what will be many communications on the subject.