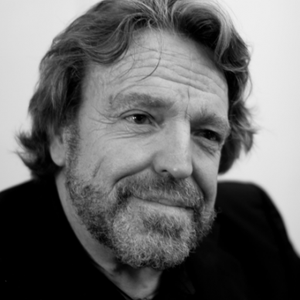 John Perry Barlow was a co-founder of the Freedom of the Press Foundation. He was also a retired Wyoming rancher (and native), a former lyricist for the Grateful Dead, and the co-founder and board member of the Electronic Frontier Foundation, a civil liberties organization which has been protecting the free flow of information on the Internet since 1990. He was a founding Fellow at Harvard Law School's Berkman Center for Internet and Society. He wrote about cyberspace since 1988 and was first to apply that name to the global social space it presently describes. Barlow's piece on the future of copyright, “The Economy of Ideas,” is taught in many law schools, and his “Declaration of the Independence of Cyberspace” is posted on thousands of websites. The Guardian named him one of the twenty most influential champions of the Open Internet. He was the father of three daughters and his primary aspiration was to be a good ancestor. He dreamed of a world where all general useful knowledge can be available to anyone, of any station, merely for the price of curiosity.

Does Cyberspace Exist? Is It Free? Reflections, 20 years Later, on A Declaration of the Independence of Cyberspace

Twenty years ago tonight, I was at a staff party for the closing of the World Economic Forum, lured there by a coven of the contemporary geishas that staffed the …